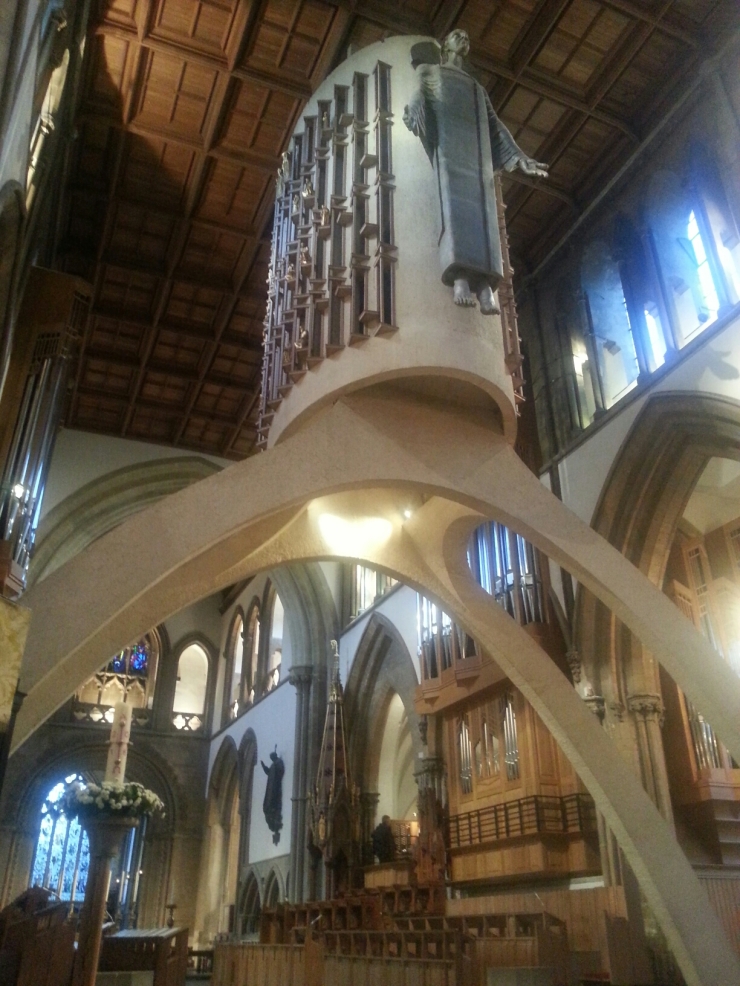 The personalities of the sisters Martha and Mary come out in their grief at their brother Lazarus’ death. When Jesus at last arrives at the tomb, it is practical Martha who comes there to meet him, as Mary grieves at home until Jesus calls her. Martha deals with life by activity, taking the initiative and getting things done. Mary deals with life by giving time to absorb and listen before responding. The world needs both sisters – and we need a bit of each of them in ourselves.
They both approach Jesus with faith – and with enough faith to suggest that he should have been there sooner. Martha adds practicality – when Jesus calls for the stone to be rolled away, it is of course Martha who sees the problem and warns Jesus of the smell…
That’s not what’s on Jesus’ mind, though. He weeps at the death of his friend. In the traditional versions, it’s the shortest verse in the whole Bible – ‘Jesus wept.’
I’ve often told this story to people grieving despite their confidence in eternal life – or who feel that they should be able to draw comfort from the poem ‘death is nothing at all’ but find that it feels shallow and empty in the face of real grief. Death hurts those left behind. Jesus, unlike anyone else, knew about eternal life because he’d already seen it. And he knew that in a few minutes he would restore Lazarus to life. But the death of his friend still hurt and he wept. So for us to grieve in the face of death can’t be a failure of faith, or a lack of trust in God’s eternity. It’s part of choosing in the footsteps of Jesus.
Yet we don’t grieve without hope. Martha and Mary knew that Lazarus would rise again at the last day. That is the promise to all of us – that we will rise in the same way that Jesus rose, never to die again.
That resurrection will come about because Jesus himself will accept death so that he can do something more than he is about to do for Lazarus. On this day in Bethany Jesus undoes death for Lazarus. Lazarus will die again – quite quickly, if Jesus’ enemies get their way.
On a Friday, Saturday and Sunday outside Jerusalem, Jesus will not only undo death temporarily for one person. He will destroy the power of death to hold us – permanently and for all willing to receive his gift of life.
When we grieve, it’s easy to wish that we could have someone back, just as they were in health – like Mary and Martha received Lazarus. But that isn’t the promise that gives us hope. Our hope is of something better than restoration. We hope confidently for transformation like that if Jesus at Easter.
Alleluia. Christ is risen!